Animation is a completely distinct and one-of-a-kind genre of film and video production. When creating a regular video, the videographer uses a video camera to capture scenes from the real world; however, when creating an animated video, this is not the case at all. Animated films are created by stitching together a series of still images and then playing them quickly one after another to form a moving picture.

What makes an animated video highly interesting is that we can present anything that exists in our fantasies and imagination in the shape of a movie or video. And that’s why many people enjoy watching animated videos. Add to this the thrills and adventures of a superhero, who fights villains, but can’t help being funny at the same time, and you would make a perfect dose of entertainment for most people. And if you are one of those people who enjoys animated superhero content, we have a great YouTube channel that you should check out.

Pratman is an amazing youtube channel that is all about animated superhero adventures. Old school comic and cartoon styles cross paths with each other powered by a mix of bravery and stupidity to give rise to the most silly superhero of all times. The city is in danger, but from criminals or from the superhero himself is a matter of discussion. But no matter what happens to the city, your enjoyment and laughs are always guaranteed.

So let’s watch some episodes of the Pratman right now!

This is the first episode of the Pratman Superhero series. This is where a hero rises within a totally common guy in the town. He realises that it’s his destiny to save the city from criminals. Watch the video to find out the set of events that led him to this big realisation and the events that follow afterwards.

This is another episode of The Pratman. Without wasting time Pratman has taken to the streets of the city to tackle criminals bare handed. It took a lot of effort but the Pratman finally found the criminals he was looking for. And the fight for justice begins there. Watch the video to find out what happens next!

This is a great youtube channel and a great series as well for anybody who seeks some light hearted entertainment along with a blend of adventure and humour. So if you are that person, do watch these videos and share your thoughts in the comments section below. 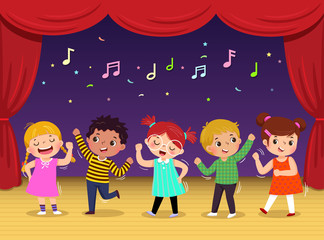 © YouTube Selection. All rights reserved.
MADE WITH ♥ FOR CREATORS
Back to Top
Posting....