Know All About Elon Musk And His New Plans On This Youtube Channel!

One of the most exciting things about our time in human history is the immense progress that human society is making in the domains of science and technology, which directly contributes to the daily growth of our lives in new ways. And when we talk about technology, Elon Musk is always one of the first people who comes to mind. He has significantly aided the development of technological potential through the pioneering efforts of his firms like Tesla, SpaceX, Paypal, Neuralink, and even The Boring Company.

Ultimately, Elon Musk wants to usher in a new technological age and elevate the human race to super-civilization status, where we have full control over highly advanced technology. And the change has started to begin already. The exponential growth of new technologies is having a profound effect on our daily lives. Technology’s far-reaching effects are visible in every sphere of human activity: classrooms, workplaces, entertainment venues, transportation networks, and beyond.

So if you want to know all that Elon Musk has in his brain for our future, here’s a great youtube channel that you should definitely check out.

Elon Musk World is a channel on YouTube that keeps viewers up to date with Elon Musk’s most important endeavours and everything he does that matters.. Since Elon Musk is the CEO of several major corporations, his opinions carry a lot of weight. He is always thinking of innovative ways that can dramatically affect our future and that’s why it is wise to stay updated with Musk’s important endeavours.

You have probably seen a lot of cool new gadgets that function using a variety of different mechanisms, such as radio waves, sensors, and a lot of other things. Neuralink, on the other hand, is unlike any other technological device.  Neuralink is a device that will be surgically implanted in your brain. As the name suggests, it will interface with neurons of your brain in order to assist you in operating various electronic devices such as cellphones, computers, and so on. But that is only the beginning and Musk believes that it can be used for many other wonderful purposes like curing diseases.

Elon Musk’s acquisition of Twitter is, without a doubt, one of the most surprising events in the business world in recent times. Musk is of the opinion that Twitter possesses a tremendous amount of untapped potential and has the ability to contribute to transform our lives. On the other hand, the takeover happened suddenly and without anyone’s anticipation, Musk later on denied it. Nobody knows what will happen now. Watch the video for the latest updates.

This is a great youtube channel by an Elon Musk fan which brings us a lot of useful and informative videos in an entertaining way. So watch these videos, be smarter and tell us your thoughts about Elon Musk in the comments section below. 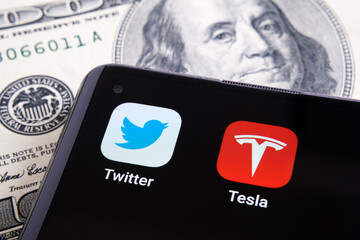 Stay Updated With All The Elon Musk’s New Plans & Announcements With This Youtube Channel!